So last night on Top Chef, the black man got voted off. Every reality show usually has a black man. He's usually bald or has short hair, outspoken, and gets along well with the white people. But always just a lil bit on the edge of being crazy. Like...that's just the profile. Sometimes they throw in a gay black guy or a black woman, but there is almost always a black man. Let's review some of the famous ones in history.

There was Kwame from the Apprentice, and then Randal from the Apprentice. Laterrian and Alton from Road Rules. And Real World...boy, there was Syrus the Virus, Stephen AKA the guy that slapped a white girl, and David "come on be my baby tonight" Broom. There was Gervais on Survivor, and so forth. 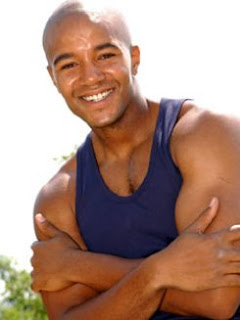 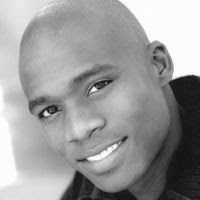 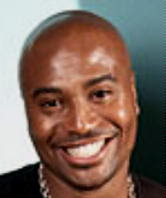 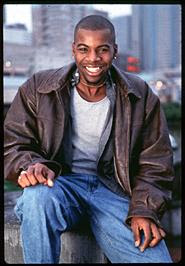 Well the new guy is Cliff. A very talented chef from New York who has done suprisingly well on Top Chef. Here is the cool shit about Cliff: On only two occasions has he been faced with the possibility of going home, and both times he was spared by simply demanding that he wasn't going home. The first time, the head judge asked him why he shouldn't go home. His answer: "I'm done done yet. Are you kidding me? I'm not going home." Amazing right? OK so last week he is again faced with going home and when asked who should go, he kind of disgustingly gestured to his teammates and said, "send one of them." The judges did. I mean, it's crazy. The power that Cliff has seemingly had over the judges seems destined to carry him to the finals. Until last night.

So to make a long story short, the 4 of the 5 remaining contestants got a lil drunk and decided to shave the head of this one guy they don't like. Cool. Well, of course, they ask Cliff, the strong black buck to be the one to hold him down while they do it. So Cliff wakes him up, and tackles his lil ass, and holds him down in a full nelson. He's yelling, "guys I got him, come on," and they all just sit there. Like they changed their mind about shaving his head. After a few minutes of wrestling, Cliff lets him go. The lil guy is a lil mad but all seems well right? Wrong!

The Producers ask him to leave the show for physically assaulting another cast member. You should have seen his jaw drop! I thought there was a chance he might talk his way out of this one too but, not this time. It's a shame too, talented guy. I just hate that the black men on Reality shows are often times portrayed as aggressive and physically violent. Well, this one's for you Cliff. Good run.

Thank u :-) look at this emo boy one on this blog:
http://emo--boys.blogspot.com