Have I Neglected My Blog?

I see that post a lot...people say, "I have neglected my blog." They apologize and then commence to blogging their asses off. Well, I'm not sure that's the case here. See, the thing is, being that I'm kind of a private dude, I rarely blog about my personal life. It's not often that I discuss my wife or my family, my job, my friends...etc. I blog about society and the shit that I see, and well...society has been a bit overwhelming lately a little too tough to chew. I think I can handle it now though so...hold on. This could get a lil bumpy.

Last week was the week of Don Imus. In short, he referred to the Rutgers Women's Basketball Team as "Nappy Headed Hos" on his radio show. OK so that rattled the cages of Al Sharpton and Jesse Jackson who went on a relentless campaign to have Don Imus fired, and he was. Very quickly, here is my opinion: back in school I had this friend who met a girl who was a lil slow, or chall I say developmentally challenged. She was functional, and at first glance you wouldn't know she was slow, but after talking to it, it became clear. Well, he decided he wanted to have sex with her, which didn't really seem to be much of a challenge. After about a day or so of making advances, he had sex with her, whichhe later admitted was the most pointless endeavor of his life. That's what getting Don Imus fired feels like, a cheap fuck. Going after a girl that you know is an easy lay, for no reason at all. Or maybe because you think it will make you feel better in some way, and it turns out not to. It was pointless and silly.

In walks C. Vivian Stringer and the Rutgers Women Basketball Team, with the perfect opportunity to play the victim. And that they did. They act as if they won! I have never seen losers get so much attention, and it's not becaue of Don Imus, it's because they demanded it. They keep saying some bullshit about "making history." I really don't see how a team losing the NCAA Championships is history. Now, I don't do links cause I don't have time, but go back to my earlier posts and you will see that I have commented before about how our standards for what is History have lowered. Message to the Rutgers women, YOU DIDN'T MAKE HISTORY. Now your coach gave a speech after your meeting with Don Imus that lasted longer than the I Have A Dream Speech. THAT, was historic...losers.

OK so then the Duke 3 were pronounced Not Guilty and all charges were dropped. AL Sharpton and Jesse Jackson were too busy sinking their teeth into Don Imus to apologize like men. I'm done with those two.

We also got to know the nappy headed ho that accused them of raping her. And before you get all in a tither, I can call her nappy headed because I saw her. Her hair was nappy...and I can call her a ho because her rape kit and DNA tests showed that she had the DNA of several men IN HER RECTUM. Let me be perfectly clear about something: No woman, I don't care who you are, should have DNA from more than one man in her rectum. OK, maybe 2 guys. No more than 2 though. Not several.

Crazy week huh? Not over yet!

So on Monday, Oprah steps in to save the day. She has on her show, people who love hip-hop and people who hate hip-hop. The reason being, that many people are saying that the reason that Don Imus felt so comfortable saying HO is because punk ass rappers say it all the time. You think???? Of course that's why people are desensitized to the word. So, dudes I love like Stanley Crouch and Jason Whitlock came in with all guns blazing and exposed punks like Russell Simmons and Kevin Lyles for the gutless cowards that they really are. 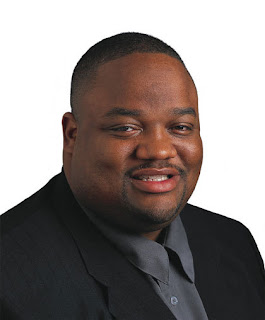 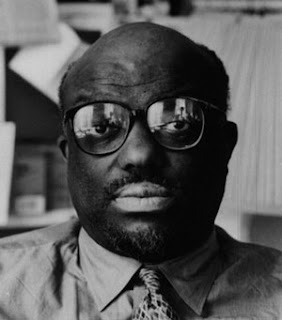 You have to watch it to understand what I'm talking about, but the shit was gorgeous. But while Oprah was saving the world, some shit went down that she couldn't save anybody from. This Korean kid went crazy at Virginia Tech and killed 32 people; at one time. It was crazy...I have never seen anything like it. The eery part is, that the technology age put us closer to it than we ever could have been . Blogging, the internet, text messages, cell phone cameras, and overnight mail have sensationalized this incident in a way that I never thought was possible.

On a different note, I downloaded my 500th song on itunes. A pretty sick milestone. That means that since the fall I have spent close to 500 bucks on music. What was the 500th song? Mandy, by Barry Manilow. My wife knows why. But it's a jammin song. I also downloaded Billy Joel, 12 Gardens Live, which is among the best Live Recordings I have ever heard. Anytime your shit is so legendary that the audience sings every word and you don't have to do a damn thing, it's a beautiful thing.

I didn't even think about the fact that Rutgers lost until you mentioned it.

In fact, I have no idea who won. That's kinda sad. And I'm a journalist.