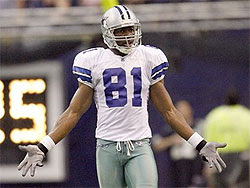 I have pondered for months whether or not I should start a blog. I'm filled with opinions and ideas, and everybody around me has them. However, I was enthralled in far too much to sit down and committ to it, and furthermore, I had no idea where to start. Well, the hectic pace of my life has not subsided but I have some things to talk about that I can no longer hold in. I will use this space to write about my many passions, one of which is Sports. For me, Sports is all about domination.Being noticably better than everybody else. Peaople always ask me: "Who is your team?" "who do you root for?" The answer is simple. I root for the best team. The team that kicks the most ass. The team or player that is clearly better than everybody else, is my favorite. I got that way by watching Michael Jordan in the 90's. I was a Clyde Drexler fan...Clyde "The Glide." In the Finals one year, I forget which, Clyde's team the Portland Trailblazers, took on MJ's Chicago Bulls. I pulled for Clyde as much as I could. And don't get me wrong, he was a great player. I admired the way he played the game, his passion, his leadership....but MJ dismantled his ass as well as the rest of the Blazers. No matter how good Clyde was, MJ was just...better. We have sports figures now who are the same way, and I am a fan of nearly all of them, which brings to mind Terrell Owens.

The most controversial figure in Football and one of the 3 or 4 most controversial figures in Sports, he takes a real ass whooping from the media. They call him a cancer, a dangerous teammate, and a problem child. ESPN seems to be obsessed with him. The man gets a runny nose and they make it BREAKING NEWS. He can't make a joke, observation, or express an opinion without it being headline news. I mean, let me be honest. If I had a camera in front of my face evry day with people constantly asking me questions, I would say some crazy shit too. And this guy on ESPN, Tom Jackson, he hates TO! which brings me to the unfair part. You can call him what you want...crazy, selfish, a bad teammate, a cancer, whatever...but Tom Jackson had the nerve yesterday on NFL Countdown, to say that TO isn't having a great season. Imagine that...no matter how well you play, you don't get credit for the kind of season you are having. Fortunately, the numbers speak for themselves or people might actually think Tom jackson was right! TO is 2nd in the league in TD receptions, behind Darrell Jackson who he leads in actual catches, by several catches. He ranks 8th in catches. He is 9th in yards and on pace to go over 1000. Now factor in the fact that he had Drew Bledsoe throwing him the ball for several games, and he is in fact having a great season. he is on pace to have the second most successful season by a Cowboy, and this year, statistically, he isi the 3rd most valuable Wide Receiver behind Darrell Jackson and Reggie Wayne. All of this goes unmentioned because his is an arrogant, selfish, crybaby, who also seems to be kind of weird.

Now...the question is, is that fair? Is it fair to diminish a man's achievements because of who he is as a person? it's almost as if, the media has decided to dictate how you are supposed to act, and who is allowed to act that way. A brother who is a superior player, must be humble. i.e. Marvin Harrison or Ladanian Tomlinson. Now, if you are not going to be humble about being better, then you at least have to be silly and make us laugh, i.e. Shaq or Chad Johnson. You can't be superior, arrogant, AND no fun, i.e. Barry Bonds, Kobe Bryant, Terrell Owens. That's just too much. You can't have it all. So they take away your accomplishments. They want to knock on some of Barry Bonds' HR's for committing an atrocity that he neevr even got caught doing! Meanwhile, I don't hear anybody calling to asterilk some of Shawn Merriman's tackles (who was actually caught doing roids), but Merriman does a cute lil dance after he makes a tackle, so that makes it ok. And Kobe, poor Kobe; you score 52 points, you shoot too much. You score 19, you're way below your average. That's gotta suck. Shaq hasn't played a full season in years and is putting up numbers that are eclipsed by journeyman Centers from Europe; yet he is still called a "difference maker." Why? Well damn people; the man raps and dances. You can't be mad at an 8 foot tall dude who raps and dances. I mean hell, that's just funny.

Bottom line, I'm a TO fan when he plays football. Because he is just better than everybody else. He commands attention on the field, the same way he does off it, because everytime the ball goes his way, it's a potential game breaker. Let the guys like Tom Jackson say what they want, coaches and Defensive Backs know that they have to keep him in check. So factor into his stats, the number of times he has been double-teamed. Deion Sanders used to go for games without an Interception. Not because his skills had diminished, but because QB's wouldn't throw in his direction. I even saw a stat on Sportscenter last night that showed that TO leads the league in Drops, with 10. I searched every stat website I coudl fine, and nowhere could i find a stat for Drops. Drops! Not catches, drops. We're talking about drops. Not fumbles...drops. Ya'll let me know when you find a list of WR's in the league and how many drops they have, because I want to see how he stacks up against everybody else. You know where to find me.
Posted by Mr. Opinionated at 10:36 AM